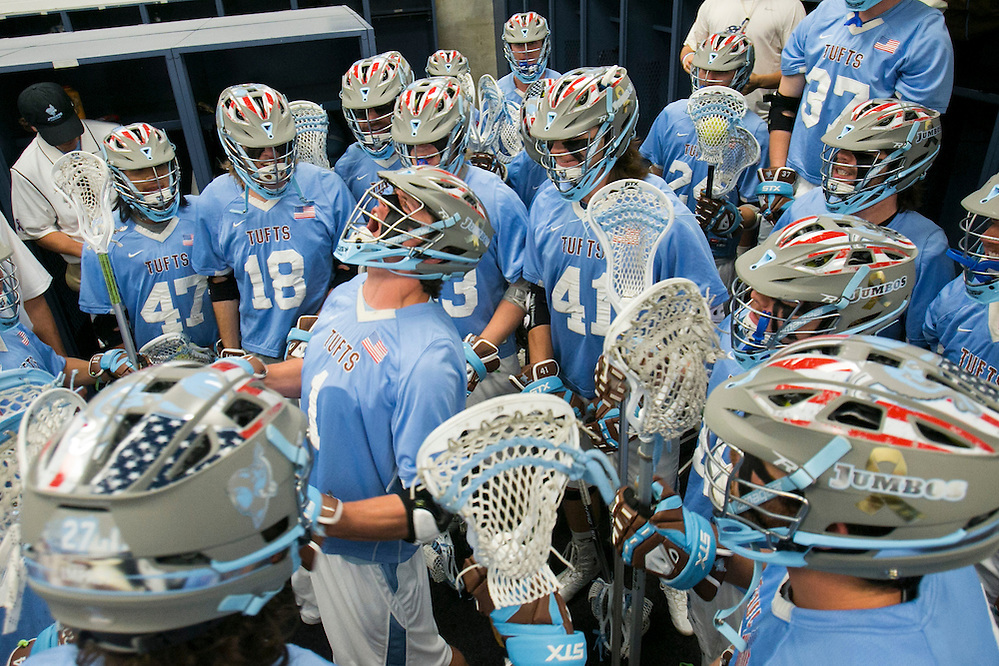 It’s been a bit of a tradition as of late at Tufts where Commencement season also culminates with an NCAA Championship run for one of our sports teams. As it so happened this past Memorial Day weekend, Tufts had three teams competing for their respective crowns.

My assignment was to follow the Jumbos men’s lacrosse team as it traveled to Baltimore to compete for the NCAA Division III National Championship against Salisbury. The men’s lacrosse team has been no stranger to the national stage, having won the National Championship in 2010 and losing in the title game in 2011. They played Salisbury both times, as well, so the 2014 tilt would at least break the tie for the series, at least for now.

The story for this crew came from its seniors, who were freshmen when they lost in 2011. Having had that taste, they were eager to come back and cap their college careers with a championship ring. The task would not be easy, though, as Salisbury had the pedigree of 10 National Championships. At least that’s what everyone was supposed to think.

The supposed underdogs, the Jumbos took care of business in the title game. Playing the first half to a tie, but exploding after adjustments at the intermission with a 7-1 run in the third quarter and never looking back.