Ace in the Hole

I’m going to do a little cross posting from some of my work activities, mostly because we’ve been real busy over at Tufts working on some pretty cool stories. It would be a shame to not showcase at least some of that work over here on my blog, as well. 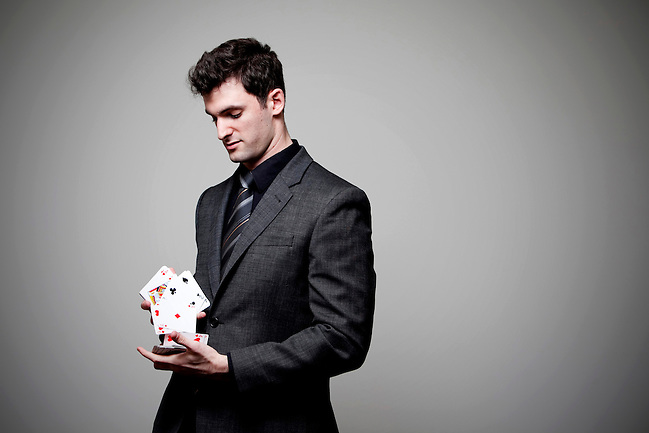 A few months ago, I started working on a project with Tufts senior Marcell Babai, who is a professional magician and sleight of hand artist. The guy is pretty good at what he does. What initially started as a portrait project and a video demo turned into something a little more expansive. As slick as he was performing in my studio, his personality was just too powerful to be in a controlled environment. So, we decided to capture the master out in his element — working a room and doing his thing.

Here’s the video piece Emily Zilm and I shot together a few weeks ago:

To read the printed story, head on over to the Tufts University news site, TuftsNow.